For those who missed the first part, please start here: https://eddiestarblog.wordpress.com/2016/11/06/what-have-you-done-for-the-black-community-solution-2-unity-part-one-1-of-2/

Rashad:”What the fuck are you talking about? You are one of these pseudo-conscious dudes out here talking about UFO sightings and black conspiracies. You don’t know shit about politics! You have the unmitigated gall to say that Obama hasn’t done anything for black people! Really NIGGA! Let me school you then. Have you heard of Obama-Care and ‘my brothers keeper’ ? Besides, every time he attempted to do something for us (blacks), the congress staged a mutiny against him. Before you talk shit about Obama, ask yourself, what have you done for the black community? I have protested in the streets with Black Lives Matter and blocked freeways with my brothers and sisters fighting against white supremacy! I have been maced by cops and put in handcuffs for using my 1st amendment rights, what about you?” 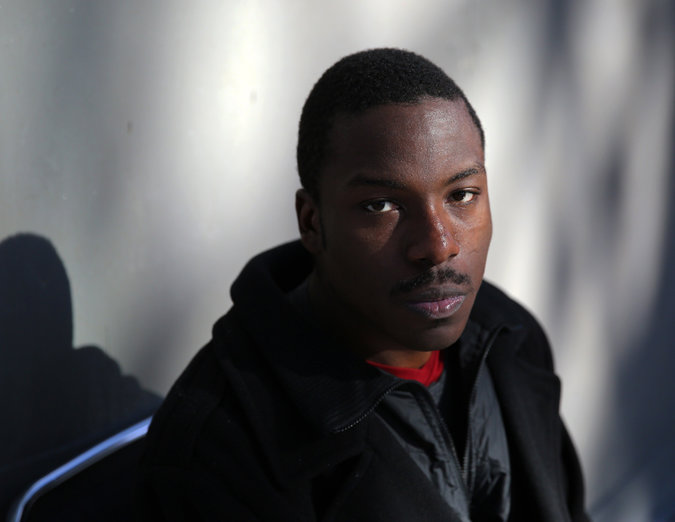 Malachi: “First of all, we gotta be respectful. Im a man like you’re a man, respect me like I respect you. I’ve never resorted to name calling. So fam, if we gonna have this conversation be meaningful on all sides, lets keep it honorable.  But as far as Obama-care, more whites benefited off the program in comparison to blacks.”

Malachi: “Come on fam, you asked me a question, now let me finish. Most whites benefited off of Obamacare, more than blacks, and that is a fact. Most blacks live below poverty and barely have full-time jobs. The black unemployment rate is not that far off from where George W. Bush left it. There is a lot of single black mothers who must work two part-time jobs to make ends meet. They aren’t fortunate enough to work a full time job that covers medical insurance. Most of the companies who offer full-time work, offer medical insurance under the caveat of a high deductible. Therefore, many black people go uninsured and pay the fine during tax season, rather than be homeless.”

Leena:”Now that I agree with. Black women are always getting the short end of the stick. Black men leave us hung out to dry. 67 percent of households are ran by black women, and how do y’all repay us? Y’all up and leave us for ‘Becky with the good hair’. Black men don’t truly respect black women. Calling us ‘Bitches and Hoes’, promoting rape culture and unrealistic body expectations. The toxic misogynoir culture of black men is sickening. We need to get rid of homophobia and gender roles! Men need to cook their own fucking food. Black men need to be responsible fathers and stop dodging fatherhood. Black men have the nerve to get upset we date outside of our race. Can you blame us? We have a right to.”

Darnell: “Homosexuality is WRONG! It’s written in the Holy Bible. A complete abomination to God. He didn’t make Adam and Steve, he made Adam and Eve. All of this political correct nonsense must end. The PC police must leave with the democrats and its libetard millenials. We need this country to be the Christian country it was founded as.”

Leena: ” You are a stupid biggot that won’t see reality beyond Fox News. Slavery was in the bible as well, do you support that? There are a lot of things in the Bible that people don’t live up to. Who made you the gatekeeper of heaven or hell?  Why does it matter to you who another person chooses to love? I hope YOU burn in HELL for your idiotic stance.”

Darnell: “I don’t want my kids seeing that stuff”

Malachi: “Easy there Darnell, King James, the guy who wrote the bible, was allegedly rumored to write open love letters to his male lover.”

Darnell: “That is a made up lie, you don’t know that as a fact.”

Malachi: “Anyhow, back to the argument about my brothers keeper. It is a program that was created in 2014 that was created for ‘people of color’ towards troubled young men. It is not a bad program, but it is a bandaid on a gaping wound. It is a program that implies that there is a missing black father that leaves bastard children. Doesn’t address troubled little black girls who may need help also. The program is too new to properly scrutinize.”

Leena: “So what happen to the black fathers in the black household? I don’t think its a lie, I just told you 67 percent of African-American households are led by black women.”

Malachi: “Black men are very active in their children’s life, they just don’t get married. Look at Trayvon Martin, and Mike Brown in St. Louis. They both had active fathers in their lives, the missing black father is a myth. I can take you to a barbershop and show you black fathers with their sons. We can even go to the local recreational park in the ghetto and see black fathers rooting their sons and daughters on, while playing sports.  A lot of black men don’t get married, and have children out of wedlock, which is a two-way street.  A woman has the decision to create a child with a man she isn’t married to.  Black fathers often don’t win custody battles in court against women, because women usually are considered more responsible in the eyes of the court. A woman takes on responsibilities and tasks that men don’t usually consider: doctor appointments, parent/teacher meetings, dental appointments, drop off and pick up at school, and church. Most guys either get awarded custody once or twice monthly on the weekend, with just enough time to go to an amusement park or playground, but not enough time spent as the guardians who share the same household as the child. Doesn’t mean that black men are all great fathers, some guys are really deadbeats. For the most part, though, black men are active in their child’s life, despite not living in the same household.”

Rashad: “You still haven’t said anything you’ve done for the black community. I’ve put in work, what about you?”

Malachi:”You are absolutely right. I will not hold a big picket sign saying ‘BLACK LIVES MATTER’ and get maced by cops. Blocking freeways is something I don’t do. Besides, think about what that protest really means. You are begging white people to pay attention to innocent black people being murdered by rogue policemen. I think they know what the problem is, but honestly don’t give a damn. If I block the freeway, will they think black lives matter more?  Me protesting a cop won’t get me any closer to accomplishing anything that would yield tangible results. What is your goal beyond getting a white person to acknowledge something they don’t truly care about? I think we get too caught up in symbolic social media hashtags, and hashtag activism. We want the social justice warrior moment to be captured on our iPhones and uploaded to our social media networks, so we look like potential martyrs of the cause. We want that self-aggrandizing reward of saying ‘I was part of that movement when I was in my 20’s or 30’s’. What about real change?”

Malachi:”I already agreed with you and said that you are right. I haven’t protested and I won’t, because it solves no issue. We need to organize and build our own communities from the ground up. We are too dependent on white approval, and desperate for symbolic changes that amount to nothing.”

Joanne: “I was with you up until this point. Black people and white people need to work together to fix this problem. Creating communities that are all-black and excluding others is going backwards. White people are not all racists. My mother married a white man and delivered me into a world of no color. I saw mommy and daddy, not a white daddy and black mommy.That was one of the things that drew me towards Barack Obama was that he understood the bi-racial experience. I have white and black uncles who are different in their own way, but have a compassionate heart. We need more unity, more colorblindness and more humanity, less divisiveness. That is the only way we move forward.”

Darnell: “Hey, Joanne, I have this bridge I want to sell you.” (shaking head)

Malachi: “I got that Joanne, but the world we wish to live in, and actual reality are two different things. We live in a world of codewords and insidious racism, so colorblind is actually something that could be used to overlook races that desperately need help. We aren’t running the same race, at the same speed, at the same moment. Some people have further to go than others. Colorblind is as toxic as overt racism. This is why I am saying that voting for either candidate will not make any difference. People will choose which form of racism they practice on a daily basis. This is why, we need to come together as blacks. No disrespect to those, who don’t wish to align with a race, thats fine. However, the ones who want better schools for our children, more black business ownership,  more real estate ownership, and the creation of a black economy other than spending power, we need to unite and focus on bigger and better things. Once we create an economy where we become more financially educated, we will spend our money more strategically. We will invest money in schools that will have resources to educate future lawyers, business owners, and STEM majors. It won’t happen overnight. One article said it may take over 269 years, but us starting now is worth it.”

Darnell: “I don’t agree with everything you said, but we do need to unify and re-educate ourselves on finance and economics. I own two businesses and I started off just as poor as the next man. Maybe it was luck, but I think it was determination to escape a poverty mindset. Something I think many black folks struggle with to this day. But I’m still voting trump.”(laughing hard)

Rashad: “I think we need to unify and do the things you said, but in all honesty, that is a pipe dream. We don’t have 269 years of time to build when Hitler 2.0 becomes president. We need to use our voting rights right now and vote Clinton. We need someone who has worked with Obama to keep his policies in place.”

Leena: “I loved how you kept bringing up the importance of sticking together. I dislike your mansplaining of men not being responsible fathers, but I agree to disagree. We have more in common than what we would like to admit. Im still Hillary 2016.”

Joanne: “I refuse to be put in a box by race, and believe we all can accomplish more as a collective human race, but we agree on more things than what we disagree on. Jill not Hill 2016.”

Moral of the story is that we as African-Americans all have diverse opinions, but we can’t be so crippled by stubborn loyalty, to refuse standing together on important issues. Thanks for reading.