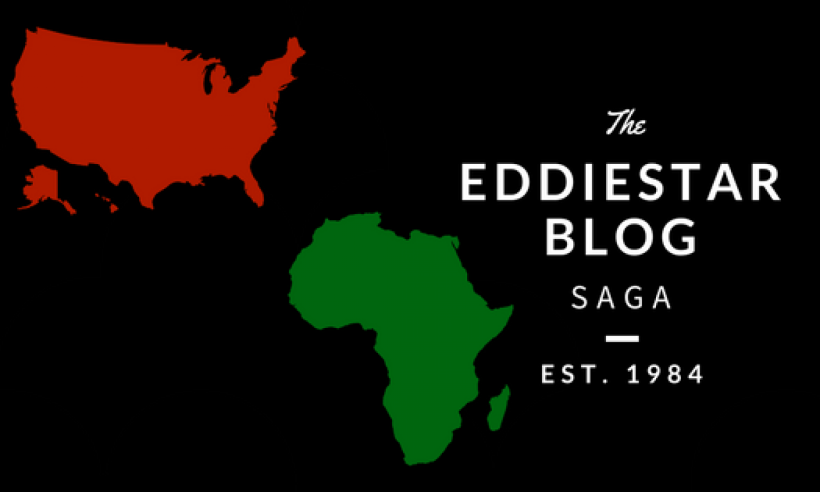 Recently I seen news that Steve Harvey decided to sit down with Trump, despite originally being against him. Many people considered that as a ‘sell-out’move.

This meeting stirred a lot of disgust among black celebrities on social media. Especially since Steve Harvey has been on record of being against Trump. It looks like Steve Harvey flipped like a pancake.

Another thing, I cringe when people bring up the “WILLIE LYNCH SYNDROME”, which is a completely made up piece of paper that was found in the 1990’s. From what I researched, this theory is completely fabricated. I doubt slave masters adhered to this code. Question everything.

Steve Harvey says Trump introduced him to Ben Carson: "It was a successful meeting" https://t.co/UyqzPDTbGn

Look I am going to keep it way too 100 with ya’ll. I am not opposed to Donald Trump meeting up with Steve Harvey. I don’t trust that Trump will do anything different in comparison to Obama. I have to ask myself that if Hillary Clinton met with Steve Harvey would this be such a big deal? I don’t think so. I know that Trump doesn’t have black people(s) best interest at bay, we can see that from the open white supremacists that he hired, but fuck it. He still is elected as the President of The United States of Amerikkka, i meant America. Trump is in control of the country, and it appears that as enigmatic as Donald Trump may be, he will at least pretend to listen to black peoples concerns. I am not co-signing Trump, but I know that he at least listened to one of my idols. Dr. Claud Anderson, author of Black Labor, White Wealth, has been in a legal fight against the USA for African American reparations. The Obama administration wouldn’t even listen to him, but the Trump administration did. I cannot pretend to know what Trump has in store. Trump is very unpredictable and impetuous, recently calling out Rep. John Lewis {civil rights luminary} on twitter. Hiring Jeff Sessions, and several other open white nationalists. It doesn’t appear that Pres-Elect Trump would listen to issues that impact our community beyond arresting more of us inside of the “inner-city”– which is a code word for ghetto black area. It appears however, that his actions show that he will attempt to listen.  I think many of us, especially black people who hold the democratic party as a shield that protects us from evil racist powers, see President Obama as a celebrity that accomplished the impossible feat. He was a bigger celebrity than many presidents before him. Once anyone black criticizes Obama, you get ostracized as a person who is a coon, or Uncle Tom. The fact remains that Obama is a little bit over-rated in the black community. If Obama was a white man, he would’ve never gotten the pass that he did when it came to issues of police brutality and corporate bailouts. He never held the bankers accountable for corruption, and sauntered and two stepped his swag into black peoples hearts. He is everything we want our sons and daughters to aspire to be, so we collectively never questioned him or his shortcomings at all. Many times he had to walk a tight-rope of not appearing too black, but being black enough to sing motown songs, and reference rap lyrics at formal events. I like how J. Cole speaks about this in his second verse of his newly released single. Starting at the 1:26 mark

I’m going off on a tangent to say, that I don’t see anything wrong with questioning a president’s motives, but let’s be fair in criticizing leadership. Many of these guys wouldn’t be as critical of Hillary Clinton as they are of Trump. Clinton and Trump may achieve the same goals, just in different approaches. Trump may choose to start implementing a law directly, while Clinton may choose to be discreet about it, distracting us with identity politics and popular celebrities. Politicians main objectives are to please the corporations that fund their campaign, not the people who vote for them. Hence, the reason you have super-pac’s that fund politicians to get bills put into law. The bottom line is the bottom line.