What the F**k is this about! Who is Ty’Qwonne Blacksten?

Yes, you are imagining you look like this and your name is Ty’Qwonne Blacksten… Any coincidences are completely incidental, For fictional purposes only.

Let’s pretend you were born Ty’qwonne Blacksten. You just so happened to be black in a middle-to-lower class income household. You are 17 years old, do not commit any crimes. You like playing video games, smoking weed and flirting with girls. You are not in a gang – though your neighborhood is gang-infested – and you attend the local public high school. You have no tattoos, no idea what you wanna be when you grow up, you just are enjoying your youth. You stay with your mom and grandmother. Your father is not home because he isn’t a good father. He is in jail because he was at the wrong place, at the wrong time.

The Backstory of Dad

Your father was charged as an accomplice to a murder that his best friend committed. As your father was driving home from work, he recognized one of his childhood friends in distress. Your father picked his friend (killer) up, because he(killer) claimed that he was evading some enemies that were chasing him. Being the loyal friend your father is, he helps his friend(killer) escape to a safe location. The father doesn’t know that his friend killed someone. He doesn’t know that his friend committed a crime. The cops search and spot your fathers vehicle,  and off to prison he went. Your father had a job as a warehouse laborer. He was a blue-collar man that loved his family and helped young kids get off the street  on your block. He was not the stereotypical  felon. In your neighborhood, there is an implicit oath that forbids “snitching” or being an informant. This violation is punishable up to death. If your father told on his friend and pleaded innocent, he would place his household in danger. The prosecutor tells your father that either he co-operates, plead guilty, or face 25 years to life in prison. Your family has no savings account for cash. Mom is a postal worker with benefits; a great job, but far from rich. She has no money to hire a decent lawyer, so Dad is stuck with a public defender, who currently is handling 183 cases at one time. The public defender tells him to take a deal because the odds of beating the case are dire. Your father accepts a 10 year bid, and has been locked up since you were 13 years old. You still talk to your Dad and visit when you can, but the stress of everything is getting to you. You are now the man of the house. Mom has incrementally placed more responsibility on you. You have a part-time job at the local Subway restaurant, but the money is slow.

School is no better. You stay in a city called Troose. In Troose there are several gangs. 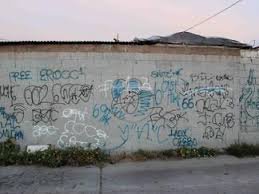 —-The gangs break down as follows—-

As you can imagine, this is not an easy place to live. Part two coming soon!

18 thoughts on “Let’s pretend you are Black: Ty’Qwonne Blacksten (Part one) of short series”